Ice and snow that remained from last winter’s heavy snowfall have led to the confirmed deaths of a total of 120 mule deer in recent weeks, according to state wildlife officials. Traditional fall deer migration over Bishop and Shepard passes combined with hazardous icy conditions on steep mountain slopes, resulted in deer deaths at both high-elevation passes in the John Muir Wilderness of Inyo National Forest.
“The deer died while attempting to travel down snowfields that persisted from last winter” California Fish and Wildlife (CDFW) senior environmental scientist Tom Stephenson said. Recent freezing temperatures turned the soft snow to slick ice, according to Stephenson. “Deer were unable to maintain their footing and slid rapidly down the steep snowfields and slammed into boulder fields below.” Stephenson, who investigated mortalities at Bishop Pass, said most deer appeared to die either immediately or after traveling a short distance from the base of the snow.
Snow falling in the higher elevations has diminished the dangerous conditions according to the CDFW. “New snow of sufficient depth prevents the deer from sliding down the icy snowfield,” Stephenson explained.
Mortalities were first reported on October 30, 2017 to the Bishop office of the CDFW by a distraught hiker crossing the 11,972-ft. Bishop Pass, according to CDFW spokesperson, David German. One day later, a mountaineer crossing the 12,047-ft. Shepherd Pass also reported seeing deer that had apparently died near the pass, and then, a few days later, the climber reported additional mortalities. Numerous calls and separate field investigations by CDFW followed, confirming that 76 deer perished in the vicinity of Bishop Pass and 44 others died near Shepherd Pass, west of Independence, CA.
“This is a horrible thing to witness, but hard things happen in the natural world,” said Debra Schweizer, a spokesperson for the Inyo National Forest. “While it is heartbreaking, this combination of circumstances occurs after a big winter--about once every 25 years,” Schweizer added.
Similar incidents were investigated by the CDFW in 1954 and 1995, in the same approximate Bishop Pass location. In 1954, Fred Jones, a wildlife biologist doing field research in the Eastern Sierra, reported approximately 26 deer slid on the ice and fell to their deaths on rocky terrain below Bishop Pass. Forty-one years later, in 1995, a similar accident in the Bishop Pass location was described by CDFW biologists Vernon Bleich and Becky Pierce. According to German, the deer were following traditional migration routes of the Round Valley and Goodale herds, descending from the higher elevation summer range on the west side to the east side of the Sierra Nevada crest where they range in winter.
The Round Valley herd, which ranges from the Buttermilk area to Round Valley in winter, has an estimated population of 2,800 animals. The Goodale herd, which winters from the Poverty Hills south of Big Pine to just north of Lone Pine, is estimated to contain 5,500 animals. “While these deaths are tragic, they represent a small fraction of the deer populations and are not expected to have a significant effect on the overall population of either herd,” German said.
Mule deer are considered abundant in the eastern Sierra, according to Stephenson. Schweizer commented “while it is hard, we manage for the health of the overall population instead of individual animals. Nature is unforgiving and unpleasant things happen in the natural world.”

Copyright © Paula Brown-Williams, 2017 – all Rights Reserved
Because of trolling, comments have been turned off. 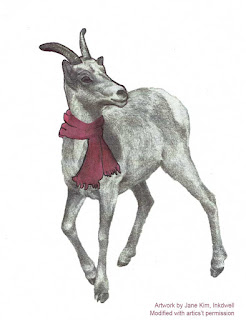 Bighorn story for the winter solstice